On July 3, the UOC-MP launched “a religious peace march” from the Donbas to Kyiv by stirring up “mass support” through manipulation and provocation.

A few years ago miners staged a protest march from Donetsk to Kyiv. Will these local “saintly pilgrims” manage to reach the capital of Ukraine? The “peace processions” from Donetsk (from the Holy Dormition Monastery) and Pochayiv (Pochayiv Monastery, Ternopil Oblast) are also organized and led by the a well-known Party of Regions member, Oleksandr Vilkul and his lackeys.

The “pilgrims” from Pochayiv and Donetsk are planning to meet in Kyiv on July 26-27. The march is well organized: plenty of water and food, portable tents, etc. Priests, women, children and men of all ages take part in the procession.

The participants will carry icons and portraits of Russian tsars.

Dmytro Tymchuk, leader of Information and Resistance, reports on his FB page:

“We have proof that “agitators” are operating in many towns and villages controlled by the “DNR” and “LNR” (i.e. local clergy and “activists). They are lobbying local people to travel to unoccupied Ukrainian territoriesy and join the “religious procession” from the Donbas to Kyiv, organized by the UOC MP.”

Tymchuk states that locals are consistently spreading rumors that many provocations have been planned during this procession. In addition, the “DNR Ministry of State Security” has launched large-scale operations to identify and neutralize “Ukrainian spies and saboteurs”.  “The DNR military command” has ordered troops to clean up cities and suburbs, particularly in western regions bordering Ukrainian-controlled territories. They are also planning to send a special-purpose battalion, the so-called “DNR Republican Guard” to help in this action. Why does Moscow need religious processions in Ukraine? 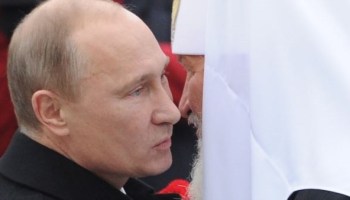 Is the Moscow Patriarchate Russia’s agent in Ukraine? 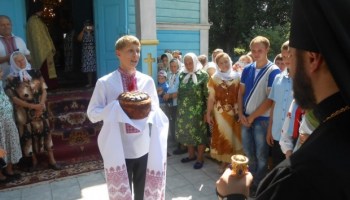