Below is a political update to the National Board of the CPUSA presented on August 3, 2016.

The Democratic National Convention did what it needed to be in place for next 100 days, largely united and focused on Dump Trump, elect Hillary Clinton, and take control of the Senate and House.  It was a huge and diverse gathering with much emotion and protest as part of the scene. 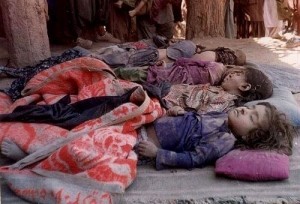 Post convention, labor and people’s organizations are already full speed ahead.  This is an election to defend our democratic rights and all our rights and for survival.  It is an election to create conditions favorable to move forward the struggle for jobs, an end to racial profiling and economic inequality and continue the Political Revolution.

A landslide voter turnout and rejection of Trump/ epublican hate and fear is necessary and possible.

We began planning some months ago for this occasion which would usher in the final stage of the 2016 elections:

The contrast with the Republican convention in Cleveland was night and day.  The hate and fear anti-people messages and platform of Trump and the Republicans are very frightening.  Every day there is a new surprise to contend with from this campaign.  Even President Obama has felt compelled to call Trump unfit to be president. Many Republicans are running the other way, fearful for their own political futures.

We arrived in Philly with a big question mark how would the Bernie Sanders and Hillary Clinton delegates weave together especially in light of the wikileaks revelations about the role of the DNC during the primary.  There was a highly charged atmosphere. .

Bernie Sanders role was exemplary.  He had received 14 million votes which brought many thousands of young people into the political process.  He had 1900 delegates pledged to a program of economic and social equality.  The Clinton campaign understood the need for unity to win in November, and began negotiating in the weeks leading up to the convention.  The first big result was the agreement for support of free public higher education for students with family income under $125,000 a year.  While not all of the resolutions to the platform committee were adopted, 80% were, including $15 minimum wage, abolishing the death penalty, a modern day Glass-Steagel Act, a public option for health care, expanding Social Security, a climate summit in the first 100 days.  As well there were compromises on the rules to make the primary process more open in the future.  Richard Trumka said this is the most pro-labor progressive platform that the Democratic Party has ever produced.

Bernie Sanders was clear throughout on the necessity to defeat Trump as the next immediate step in the political revolution.  He called upon his delegates to follow that lead.  Most did, although some could not yet transition.  While everything wasn’t smooth and treatment of individual Bernie delegates was not always good, throughout the caucus and council meetings, and from the podium during convention proceedings, recognition was made and space was given to allow a unity process to gel.  A Bernie delegate from Missouri CBTU told me that at least 90% of the Bernie delegates were ready to follow their candidate’s approach as the convention proceeded.  As Hillary Clinton said in her acceptance speech, “we created this progressive platform together, let’s make it happen together.”  It won’t happen without a struggle including on issues like fracking and the TPP  and foreign policy and reining in Wall St.  But the door is open and the challenge is there.

An outstanding feature of the caucus meetings was the impact of Hillary Clinton breaking the glass ceiling for President after Barack Obama had broken the color bar.  In the Native American caucus it was announced that there are six Congressional candidates running this year.  Candidates for public office were highlighted in the Asian Pacific Island caucus and the LGBTQ caucus as well.  The Youth caucus included a presentation from a leader of Working Families Party in NY.  The door is opened wider for many barriers to be broken.  An anti-racist consciousness is growing.  There is a wide understanding especially within labor that the economic struggles and the struggles for racial equality are interconnected.

The point was made by Jesse Jackson that many of today’s established leaders got their start in politics working for his presidential campaigns.   We can expect many more to emerge out of the Bernie Sanders campaign.  Just yesterday, Washington state Sen. Pramila Jayapal won her primary for Congress  in Seattle, joining Zephyr Teachout and Jamie Raskin all supported by Bernie Sanders and other progressive groups with the goal of adding to the strong fighters for peoples needs in Congress. During the convention, a  meeting was held to establish the new organization formed from Bernie’s campaign, Our Revolution.  Larry Cohen and Ben Jealous were among the presenters. The emphasis will be on down ballot elections.  We should be in the mix and offer candidates in these local elections.

Bernie Sanders announcement of Our Revolution gives three priorities it will focus on: bringing millions of working people and young people into the political system; inspiring, recruiting and supporting progressive candidates; and “elevating political consciousness by educating the public about the most pressing issues confronting our nation and the bold solutions needed to address them.”

There were a number of remarkable moments during the official convention proceedings, including the roll call, the speeches of Bernie Sanders, Michelle Obama, President Obama, Elizabeth Warren and the Mothers of the Movement, and Kzhir Kahn.  I would like to call attention to the significance of Rev William Barber being invited to speak in prime time, as one who has been leading civil disobedience actions in North Carolina and throughout the South for voting rights, health care and social justice for years.  His call for a revival of the heart of America and his mention of Palestinian children reflected the power of grass roots organizing to influence the political process.  Just after the convention, voting rights victories were won in the courts in North Carolina, Wisconsin and Texas.

The speech of Richard Trumka should also be noted, along with other labor leaders on the first day, reflecting the large number of union member delegates at the convention, key to the outcome in November.  In the Senior caucus, made up primarily of union retirees, pollster Celinda Lake underscored that the election is now a tie and winning union members to vote for Hillary Clinton can decide the election.  In every caucus the point was emphasized that voter turnout will be the deciding factor.

This convention showed the correctness of our strategy for a broad front to defeat the corporate extreme right-wing, developed in 1980 when extremists gained control of the Republican Party and newly elected President Reagan began union busting in the PATCO strike.

In 2008, at the stadium in Denver when Barack Obama accepted the Democratic Party nomination, Tim and I saw the embodiment of this broad  front –  multi-class, multi-Party, multi-racial and multi-generational – that elected the first African American president.  In Philadelphia, we saw a maturing of the broad front to defeat a proto-fascist Republican candidate.  While the Democratic Party, itself a multi-class formation and still largely controlled by a section of capital, is the electoral vehicle at this time for labor and progressive allies, the seeds for a party independent of corporate control are clearly being sown.

Our emphasis within that broad front is the core forces for social change:  the labor movement, African American, Latino, Native American, Asian Pacific, LGBTQ, women, youth voters.  The Communist Party is a part of these core forces. We give expression to the theoretical necessity to defeat corporate right-wing extremists in this country.  We embody unity in action.  We should be self-critical that sometimes we emphasizes the broad front to the exclusion of our own role, which is a necessary one.

We approached the Democratic convention in relation to Republican convention which was more than a whiff of fascism.  In contrast, in Philadelphia there was a wonderful diverse composition of delegates, guests, and people on the streets.

The people’s movements had a great impact on the convention itself, and immediately after the convention are in full motion.  Just in the the few days since the convention: Labor has been part of the Clinton-Kane bus tour in PA and OH, and has begun door knocking in the battleground states. Fight for $15 is holding a national convention in Virginia this month.  Peoples Action just completed its conference highlighting an economic and social justice agenda for grass roots organizing in 30 states.  Rev. Barber’s Moral Monday movement is touring the country with a revival call to action.  Black Lives Matter has issued its agenda.  The 12 point Women’s economic Agenda was issued this week by EPI.  Ballot initiatives are gaining steam around the country on key issues including for universal health care in Colorado.  The climate change movement, immigrant rights movement, peace movement are gaining momentum.  Youth are on the streets in action.

This is where we need to be in the next 100 days and ongoing.  To win a landslide in this election, to defeat Trump and the Republicans  is a giant task.  We are setting the bar high.  We can do it if we stick together.

Some who are angry at the corporate forces in the Democratic Party want to vote for Jill Stein or just stay at home.  But such an approach is self-defeating.  It is not the way to win living wage jobs or stop police brutality or save the planet, because it gives an opening to the extremist right-wing.  Some say that if they live in a blue or red state that is not a swing state, it is a safe state to vote for Jill Stein or just stay at home.  But that is an argument that ignores the possibility of creating a landslide vote that can change the political climate in our country and give a huge boost to organizing for economic, racial and environmental justice.  It also ignores the importance of a landslide vote to clearly reject Trump’s “dog whistle” politics of hate and racism. We should discuss this out in the Party and with our friends and allies, and reject the “safe state” argument.

The most persuasive argument to convince many working-class and struggling people to register and to vote is a simple comparison of the positions of Hillary Clinton and Donald Trump.  At stake is the existence of a Department of Education, Environmental protection, voting rights, union rights, immigrant rights, health and safety, abortion rights, threat of nuclear war and the Supreme Court to name a few.  The Voting Rights decisions that just took place in the lower courts are just one indication of how important the Supreme Court is.